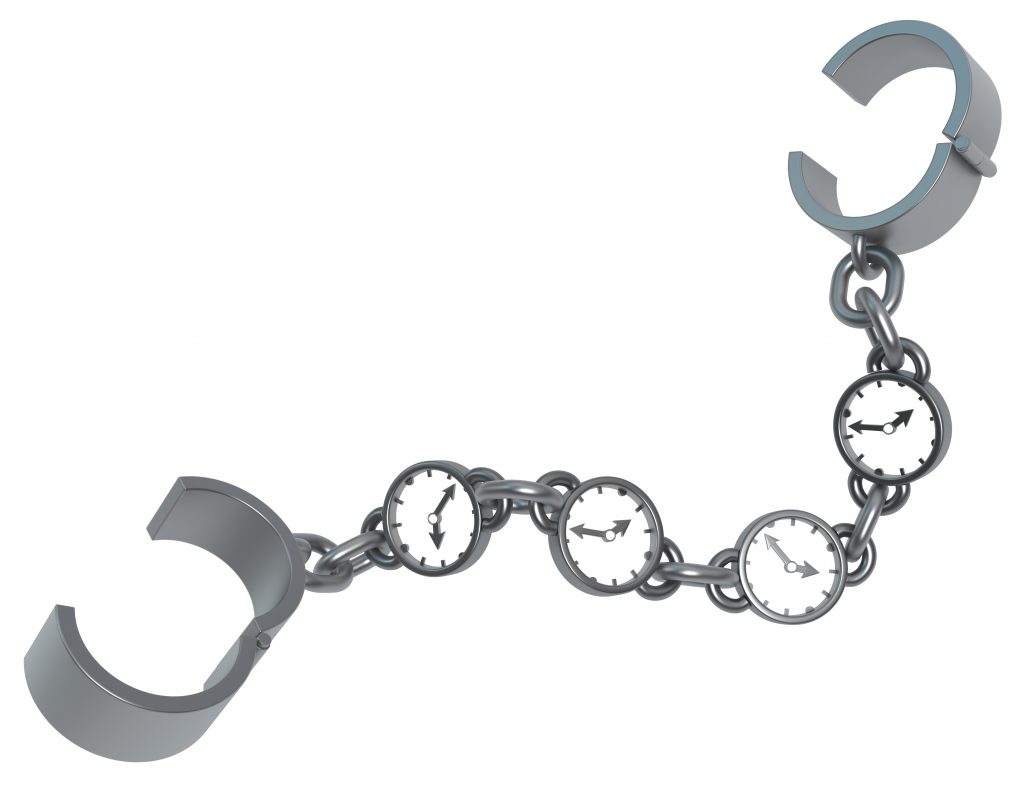 Time is a real beast. It waits for no one. It marches on and can’t be slowed down. Time is also money, a precious commodity, one more valuable than any other. We spend time, waste time, kill time, make time, get robbed of time, lose and even sell time. Pizza arrives on time or it’s free. Drive through convenience windows, ATMs and apps ‘save time’. We complain that they have ‘no’ time to indulge in the simple pleasures of life. Parents lament the lack of ‘quality time’ with their children and we all long for ‘down time’. Status and compensation are awarded based on the belief that some people’s time has greater value than that of others. Simply stated, we are enslaved by our notion of time.

It was not always this way. Time was once a very naturalistic construct that was conceptualized in cyclical, repetitive, biological and even sacred terms. The ‘passing of time’ was cued in the changing seasons, biological lifecycles and lunar patterns. The cadence and tempo of those old agrarian societies were tuned to the cyclical rhythms of their physical environments. Time was a circle, an endless cycle of birth, life, death, and rebirth. Since these cyclical rhythms could neither be accelerated, nor altered, the cadence of these societies’ orientation towards time was natural and harmonious.

The Benedictine Monks changed everything. They viewed time as a precious commodity, one belonging solely to God, and they believed it had to be honored and meted with efficiency and the utmost of respect. They associated continual activity and the elimination of idleness with the promise of eternal salvation, and thus they carefully organized and scheduled every moment of their day and night.

The invention of the mechanical clock promised unprecedented precision of scheduling and became a cherished tool. Businesses subsequently recognized the power of the clock for scheduling work, as well as the lives of workers, and it became an important enabler for the industrial era. Time, efficiency and productivity eventually mated and society became inextricably tied to the clock, so much so that the ‘gold watch’, which recognized years of punctuality, became the retirement symbol of excellence for generations.

Schedules and clocks began a long, one-way march towards dissociating time from natural events. With the introduction of each subsequent timing device, mankind isolated itself further and further from a rhythmic view of life. In becoming, ‘regular like clockwork’ we increasingly abstracted time and surrendered to a new artificial, linear beat. In the process, our focus shifted to optimizing the present and immediate future. Pausing became a drag on time and productivity as did reflecting in order to improve, or heaven forbid self-actualize. Instead, we now ‘continuously improve’ in order to squeeze greater productivity and seconds from our jam-packed lives.

And then COVID hit. For the 40% of the workforce advised to work from home, COVID has at the very minimum loosened the guardrails that separate our work selves from our home selves. Countertops have become desktops and commuting has been reduced to crossing a room or changing floors in one’s house. We now have both more and less time to transition and decompress. Our linear relationship with time has been disrupted and replaced by a ground hog day-like loop of isolation and sameness. It is unsettling and discomforting to many.

It takes the jolt of a job loss, marital stress or a death for most people to stop and take stock on where they are and what matters in their lives and careers.  Such inflection points reconnect the past with the present and future. Add COVID to those triggers, and it’s a big one stretched over 9 months thus far. Already some surveys indicate that as many as 70% of us are contemplating meaningful changes in our careers and lives. Our shackles are loosening and 2021 is going to be interesting.