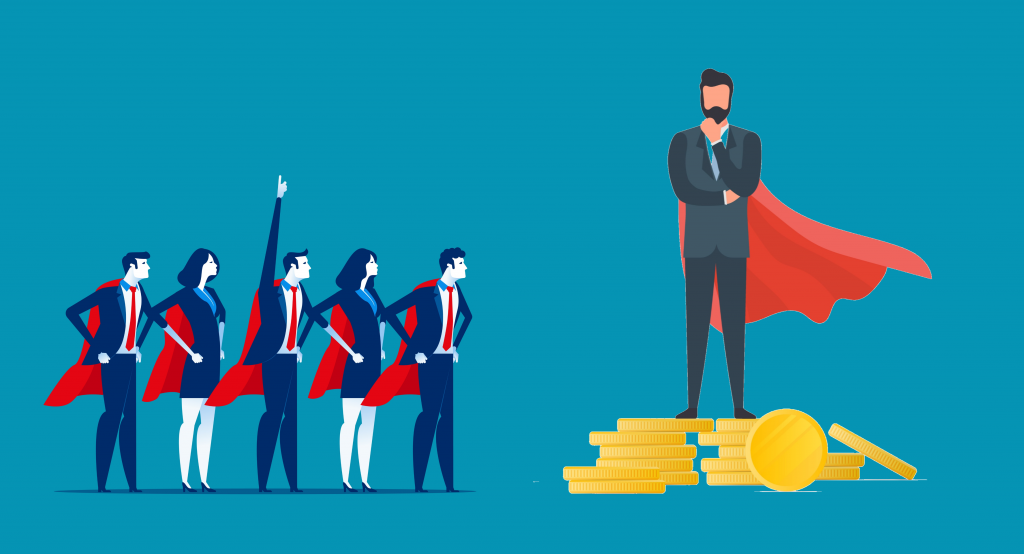 Discussions on leadership tend to focus on the leader much more than the led. The leader is the headline act while the employees are the faceless, doe-eyed audience passively waiting to be enchanted. Scanning the local crowd, the leader pulls out of his or her sleeves the tricks of their trade; power, authority, charisma and legitimacy. It is the magician’s act that determines whether he or she kills or is killed on any given night.

But leadership is inconveniently a complex relationship between stakeholders, one energized and strained by vision, trust, fear, self-interest and (mis)alignment of interests. And while leaders may try to impose their wills on organizations, the led has been known to reject and repel such impositions. Witness recent battles over in-office versus at-home working arrangements, ‘quiet quitting’ strategies by Gen Z workers, and even the dogged employee-led unionization drives, against great odds, at organizations such as Starbucks and Amazon which all point to swaths of the workforce openly questioning their relationships with their firms and leaders.

Enter the recessionary clouds. Some firms have already made it clear that they expect staff to return to their offices to meet these challenges. Firms such as Shopify, Peleton and Amazon have announced staff cuts due to what they refer to as ‘declining online activity and a return to in-person shopping’. Meanwhile firms such as Best Buy and Walmart have announced staff cuts due to ‘reduced in-store sales due to increased on-line purchasing’. Finally, firms such as Clearco, Ford and even 7-Eleven are ‘rightsizing’ across functions in some cases because they seemingly just want to show that they are doing something. Whatever the rationale, layoffs are taking place at the same time that other firms continue to complain about tight labour markets. Across all sectors workers are demanding pay increases to keep up with inflation.

While all these developments play out, leaders who continue to profess that their employees are their most valuable assets will be wise to be very careful. Staff are demanding that leaders walk that talk and at a much brisker pace than ever before. And when I say ‘talk’ think of Bell’s lofty forty page code of conduct governing the values and behaviors of its executives, and when I say ‘walk’ think the opposite of the manner in which Lisa Laflamme was fired and erased in a single press release by those same executives.

Robert Hebert, Ph.D., is the Managing Partner of Toronto-based StoneWood Group Inc, a leading executive search firm. He has spent the past 25 years assisting firms in the technology sector address their senior recruiting, assessment and leadership development requirements.