Private May be the New Public but.... January 24, 2020
On January 11th, the Globe and Mail published an article titled "Private is the New Public" which makes the case that successful Canadian tech firms are increasingly foregoing public listings in favor of remaining private. They attribute this primarily to the abundance of private capital available in the market which they say is, on balance, considerably more attractive than the public markets.
The Hottest Executive Commodity in 2019.... (Cont.) December 20, 2019
Our last post described the surge in Chief Operating Officer (COO) roles and began to list the archetypes most commonly found in emerging tech firms. We described the profile of the ‘other half', the COO who is hired to balance or complement the strengths and needs of a given CEO.
The Hottest Executive Commodity in 2019.... December 11, 2019
A number of well-known small and mid-sized Canadian tech firms have one. Investors encourage many of their founder/CEOs to hire one. There is no one prevalent path to becoming one and it is a role where success in one company does not necessary equip you for success in another.
Underqualified or Overqualified – Why the former gets the hiring nod December 6, 2019
When hiring, companies often look for individuals who have undertaken and successfully completed similar mandates in the past. In fact, the more times they have been successful, the more impressive and reassuring the credentials.
Want to be a great interviewer? Think like a hostage negotiator (Part II) November 21, 2019
In our last post we introduced FBI hostage negotiator Chris Voss and the interviewing insights gleaned from his book Never Split the Difference: Negotiating as if your Life Depended on It. Here are a few more...
Want to be a great interviewer? Think like a hostage negotiator November 12, 2019
While a hostage negotiator and a job interviewer engage in markedly different endeavors, they share a fundamental need to learn as much as possible about the person on the other side of the table.
How to minimize the risk of counteroffers November 4, 2019
While instances of counteroffers cannot be avoided altogether, as a rule, we have always believed that good search/hiring processes help mitigate their likelihood.
Think Smaller Companies Are an Easier Environment? Think Again September 6, 2019
The reality is that most people underestimate the challenges of smaller, developing organizations.
Specialists may rule but don’t rule out the generalists August 27, 2019
While coherent career narratives are discernible for many, for others, their decisions appear uneven, even haphazard at times.
Candidates regularly ignore this simple advice – and pay a price every time June 3, 2019
Candidates have limited control in an interview. They cannot control the questions they will be asked nor can they control the manner by which employers will rank and weigh their responses. They cannot control interviewer bias.
Read 191 More Articles 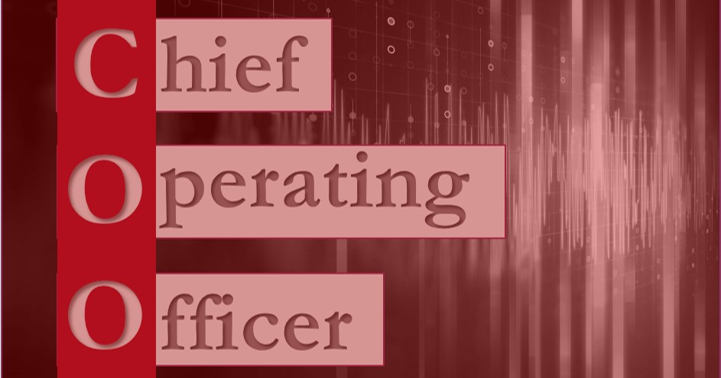 A number of well-known small and mid-sized Canadian tech firms have one. Investors encourage many of their founder/CEOs to hire one.  There is no one prevalent path to becoming one and it is a role where success in one company does not necessary equip you for success in another.  Oh, and it was among the most frequent roles that clients requested us to find in 2019.  The role is Chief Operating Officer (COO).

Most executive roles are defined by the work to be done (in sales, marketing or product management for example), the complexity of the organization in question, its context and structure. The role of COO however is defined primarily by its relationship with the person to whom it reports, the CEO. More specifically, it is defined by its relationship not with the role of CEO but the person who is the CEO. In emerging tech firms, that is often the founder/entrepreneur and thus excellence in a COO is inextricably tied to their fit with that founder/entrepreneur/CEO.

In our experience, COOs can best be arranged by the motives in hiring them. We will outline several of the most common:

Founders invariably skew in their passions, interests and skills. Some are product visionaries while others are outward facing market makers. Some are inspiring people leaders while others find people responsibilities distracting, even draining. Some are mercurial with let’s just say ‘healthy’ egos, while others are high analytical, even tempered and humble. And some are operationally savvy while others, not so much. This skewing will over time create imbalances in focus and attention that may at some point impede progress or cause disruption.

A COO is often hired in such circumstances to make the CEO more complete. The COO complements the CEO allowing them to focus on those elements of the business where they derive the most pleasure and add the greatest value. Investors support such tandems as they extend the shelf life of a talented founder/CEO while adding sophistication, even maturity to the organization. In these situations, the ideal candidate bookends the CEO with strengths in those specific areas deemed lacking. In a survey we conducted of some 50 tech sector COOs, the most common experiential portfolios were combinations of product/implementation/customer success/care and support. The second most common were backgrounds heavily weighted in sales, marketing, channels and business development. These broad types line up with a general inside/outside partnering of CEO and COOs. That said, over 40% of those surveyed had backgrounds that fell outside of those generalized types thus reinforcing that it is difficult to generalize.

In most instances the COO’s span of control, decision-making ability, and reporting is negotiated on a case by case basis or earned over time. It bears noting that the CEO’s willingness to let go, share and entrust those tasks to the COO is not a given, notwithstanding public assertions to the contrary. Thus, a key attribute for a successful COO must include the emotional intelligence, personality, savvy, and ego necessary to build trust and work well with the specific CEO to whom they will report. We have found that while some individuals are particularly adept and adaptable to these challenges, others really should avoid them at all cost.

We will review the other more common archetypes in our next post.