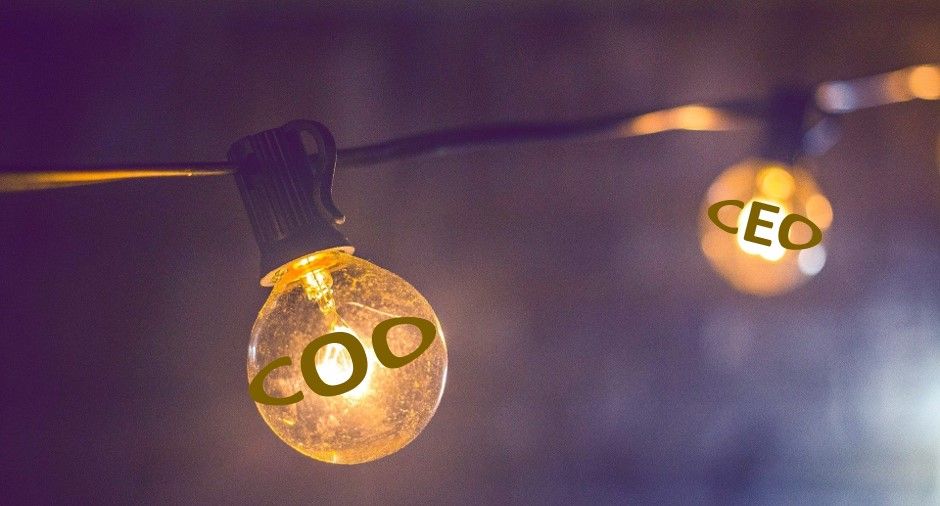 Our last post described the surge in Chief Operating Officer (COO) roles and began to list the archetypes most commonly found in emerging tech firms. We described the profile of the ‘other half’, the COO who is hired to balance or complement the strengths and needs of a given CEO.

Here are a few of the other archetypes and scenarios:

PLAYER/COACH
Some companies supplement a talented, though inexperienced CEO/founder with an executive who can play an important functional role while serving as a mentor. In a fast-growing organization this could be someone with experience successfully scaling businesses combined with the maturity and requisite personality attributes to also support and advise the CEO.

Depending on the CEO, the company and context, such COOs take on several shapes. Some firms hire a late career, broadly experienced executive still eager to contribute but with no aspirations for the corner office. Others elevate an operationally sophisticated CFO who can contribute across a broad spectrum of issues. There are several such ‘CFOs on steroids’ who have become coveted commodities in the Toronto market. We have even seen successful CEOs, who after several companies no longer covet/need the CEO role or its accompanying demands. Such individuals have much to offer however and paired with the right CEO, can be immensely valuable as the second-in-command.

Clearly, contemplating such tandems requires a CEO with the self-awareness and maturity to recognize them as more organizationally valuable than personally threatening.

To Catch or Keep a Star

Sometimes the role of COO is created to attract a candidate otherwise unattainable by the company. I recall a well-regarded executive who had done an outstanding job as a Chief Revenue Officer (CRO) for several companies. When one of our clients tried to make the case for this executive to weave his magic yet again at their firm, he dismissed them with a ‘been there, done that’ rationale. The company was also not in a position to ‘buy him’ without raising eyebrows internally. The firm correctly decided to create the role of COO, expanding in the process the CRO responsibilities, and presented the case that the new role was now one of growth for the candidate. He agreed, proved tremendously successful and used that role as a launchpad to become the CEO of the next firm that he joined. Everyone benefitted in this instance.

Similar logic also works when a firm is seeking a means by which recognize and retain a particularly valuable executive.

A Called for Strategy

The strategy of the business sometimes demands that the CEO be paired with another executive. For example, an organization pursuing a rapid growth strategy of acquisitions may require a senior individual to focus on integration and execution while the CEO deals with shareholders, the financial community and the transactions themselves. Turnarounds may also require a similar distribution of efforts. In this instance, the structure of the leadership aligns with the strategy of the business.

COOs make tremendous sense in many situations while taking many shapes and forms. That said, leadership tandems fail with alarming regularity. Inadequate due diligence, poorly considered transition plans, ego issues amongst the parties concerned, and an unwillingness to share or let go of power by the CEO are often amongst the villains in those stories. As a result they must be considered customized creations and on a case by case basis.

For a more detailed discussion of the “Second -in-Command” role and how to make it work go to….