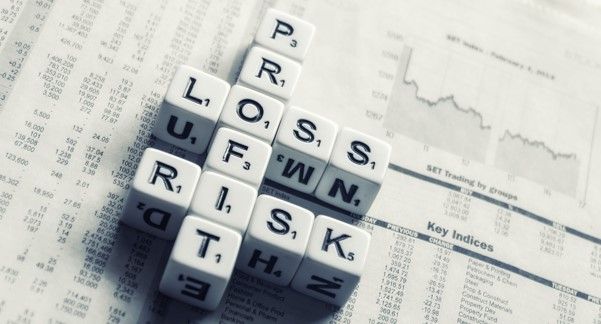 On January 11th, the Globe and Mail published an article titled “Private is the New Public” which makes the case that successful Canadian tech firms are increasingly foregoing public listings in favor of remaining private. They attribute this primarily to the abundance of private capital available in the market which they say is, on balance, considerably more attractive than the public markets. They point to the hassle, costs, disclosure requirements and scrutiny of going public as well as the ensuing short-term focus, share price volatility and risks of activist investors. Mike Wessinger of Pointclickcare contrasts all of this to the ‘patience and long-term perspective’ of his private equity investors which has allowed him and his brother to focus on building a great business.

While there is no denying the success of Pointclickcare, it is not clear that their idyllic PE relationships are in fact the norm. Over the past five years, many Canadian tech companies have trumpeted high profile private equity investments in their firms. A disturbing number of those companies are disappearing, or have already disappeared, from the Canadian landscape.

Private equity firms laud their track records, relationships, savvy, and in some instances sophisticated ‘playbooks’ on how to most effectively scale and build enterprise value. While such capabilities (not to mention the money they offer) are seductive during the courtship phase, some companies awaken the next morning to find that those prescriptive playbooks include a few surprises such as replacing the current management with more ‘proven’ or trusted leaders from within the PE firms’ ecosystems. Not surprisingly, these are most often US-based executives. It may start with the CEO, or the CFO, and before long the CRO and then, much of the C-suite. Once key executives are situated in the US the gravitational forces south accelerate until only the firm’s relatively low-cost engineering organization remains domiciled in Canada, though even that is not assured.

The notion of ‘less scrutiny’ is also questionable as many PE firms impose onerous reporting requirements on management. Several executives recently told me of spending upwards of one full day per week filling out reports for their PE ‘partners’. Then there are ‘I am here from head office’ types who are parachuted into the firms, some pure finance or spread sheet types, but also others for whom it is not altogether clear whether they are there to help, spy or prepare to replace the executives they are assigned to.

So what gives? I suspect several variables intersect on this issue. The first is the rationale of the entrepreneurs in reaching out to, or accepting capital from, PE firms. In the case of the Wessingers, while they may well have been motivated to take a little hard-earned money off the table when they accepted PE money, they clearly raised funds to fuel the expansion of their company. It might also be assumed that their success to that point provided them with the leverage to maintain control of their business thus buying them the most valuable of resources, time. Canada absolutely needs more people like them or the Brereton brothers from Tecsys in Montreal who are in for the long term and structure their businesses, private or public, accordingly.

In many other instances, while the Private equity deals are announced as an ‘investment’, they are in fact the exit strategy for the founder who is starting a process of transferring control. In these cases, the selection criteria for PE investors/acquirers is likely less driven by longer term considerations. Several Canadian tech firms with revenues in excess of $50mm are in the midst of such transitions and will likely fade from the Canadian landscape over the next few years.

Control is never immaterial and if surrendered to the investors, it can also be assumed that the leash on management will be proportionate in length with that control. To be fair, the PE firms vary greatly in their guiding philosophies, timelines, ‘hands-on’ versus ‘hands-off’ approaches etc. and given a frothy investment market like today’s, hopefully Canadian technology firms are self-selecting to partner with those PE firms best aligned to their objectives.

It was not that long ago that the nation lamented the propensity of Canadian entrepreneurs to sell their businesses to larger technology companies and to do so relatively early. This directly affected the ability to foster regional clusters with companies of all sizes from start-ups to global concerns, and everything in between. Those early exit decisions created leadership gaps in the market with relatively few executives having experience scaling businesses beyond certain sizes. While the Canadian tech sector now sees a far broader range of exciting companies across the country, there remains a tendency for many promising companies to disappear early. The difference is that they are more likely to be acquired by an investor who will then fatten them up, skinny them down, roll them up, tuck them in or whatever, and then sell them to another investor. How often those parcels can be passed around and where they will end up is the question of the day.

While public markets may have their pluses and minuses as a vehicle to fuel and sustain growth, it remains early to declare the new private-equity led growth model of today as the nirvana for Canada’s tech sector and its long term success.