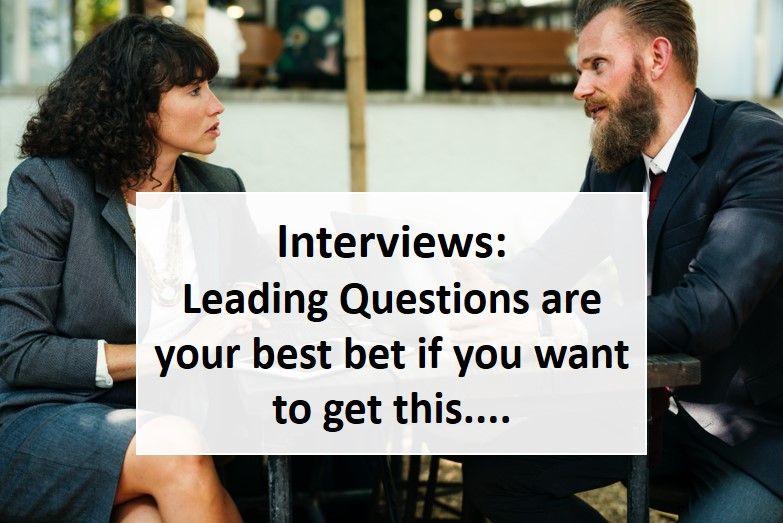 I am sure everyone has at some point been cautioned about using leading questions in interviews. You know the types of questions…’Tell me about the problems you have had with your boss’, or ‘I suppose you got along with your current boss’. Such questions are said to sometimes telegraph the desired answer or skew the response based on how they are asked. This contaminates the responses. Interviewers are instead advised to use more neutral questions, which, in the example above, would be a question such as ‘tell me about your relationship with your boss’.

So, next time you want to really understand how a candidate performed in his or her last role as say a project manager, the question ‘how did the project go’ is likely to produce the least information overall and with little acknowledgement of problems. On the other hand, the questions ‘what were the problems with the project’? or ‘how overbudget was the project’ are far more likely to reveal the full picture, good and bad.

To be fair, the study does not make the case for aggressive, negative assumptions questions as the default approach to interviews. Instead, it suggests that in certain circumstances leading questions can be a useful tool in an interviewer’s tool kit.