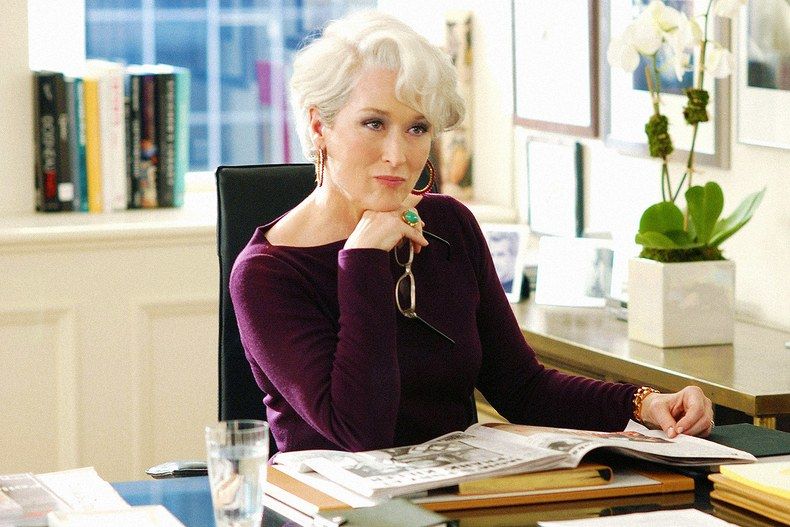 Last week The Wall Street Journal published an article titled The Surprising Strategy for Acing a Job Interview. The article is aimed at those candidates whose interview strategy can be summed up as ‘figure out what interviewers want and give it to them’. It cites research that concludes, ‘catering to an interviewer’s expectations is less effective than being authentic — willing and courageous enough to express your own views, opinions, and preferences, no matter how unpopular they may be’.

The article illustrates its point via a scene from the movie The Devil Wears Prada. As the article describes, ‘When one of the film’s main characters, Andy Sachs, applies for an assistant position at an elite fashion magazine, she goes through several successful lower-level interviews. But in her interview with the editor-in-chief (Miranda Priestly, played by Meryl Streep)), after seeing that the editor is not impressed, instead of catering to what she thinks the editor wants, Andy decides to be her authentic self. She says she is not skinny or glamorous and that she doesn’t fit in with the other magazine workers, and even confesses to not knowing much about fashion. But she is smart and hardworking, she says. Andy’s strategy, to the audience, doesn’t seem so smart. But, impressed by Andy’s honest self-appraisal—and presumably her intelligence—the editor gives her the job.’

The article also cautions against the personal costs of contorting and subsuming oneself to fit what a company is seeking to hire. Add to those risks how frequently firms err in identifying the attributes that will actually contribute to job success. In The Devil Wears Prada, the hiring company highly valued its image and sought, where possible, glamorous fashionistas in every role. This included the largely administrative role in question which involved organizing, scheduling, and serving as a gatekeeper/gopher/assistant to a very demanding, ‘challenging’ and over-scheduled boss. Attributes for success in that role most likely include problem solving, flexibility, the ability to multi-task and prioritize, resilience and a high-level of emotional intelligence. These qualities have little to do with physical appearance and a passion for fashion. Though the main character, Andy Sachs, lacked the ‘sizzle’ the firm wanted for the role, she gave evidence of the raw skills and attitudes needed to be successful in the role. Her authenticity was rewarded by a boss (Miranda Priestly) who saw ‘something’ in her, or more likely, something of herself in her.

It bears noting that while Andy Sachs’ authenticity helps launch her career in the fashion business, that same quality is tested and stretched throughout the film and proves pivotal to the life and career choices she makes in the end. Authenticity proves to be a good strategy for acing an interview…and life.